Atrium Saldanha was a project that clearly marked a turning point in my professional career.

I was associated as the local architect of the Ricardo Bofill Taller de Arquitectura and discussed everything from the first drawings to the different concepts devised during research until the very last moments of work finalisation.

This gave me an opportunity to understand the project process developed by an internationally renowned studio, which was then mainly centred in Paris and Barcelona.

In addition to the predominant assumptions of classical composition of the form, on which this studio placed great emphasis in those days, to the Atrium was applied the concept of a mechanically ventilated double-skin façade, which then gave rise to the pentagonal building now occupying that block.

Having been entrusted with Engineering Coordination and Compatibility (Teixeira Trigo in Structures and Luís Malheiro in Special Technical Installations) I was always given every assistance by the Bofill Taller in terms of works production and supervision, and by Ramon Collado in particular who was at the time the architect in charge of everything related with detailing, albeit supervised always by Ricardo Bofill who travelled to Lisbon at the more decisive
moments.

I must point out the great care taken with the use of architectural concrete (white concrete with a
complex composition) as well as with the work site’s metal formwork, and the extremely minute detailing of all the metal parts of the construction.

Both on account of the scale and the methodologies of the project process and of the technologies involved this undoubtedly marked a turning point in how I organised my work as a designer and the attention I began paying to materials such as glass and steel in the conceptual characterisation of the projects I was later to develop. 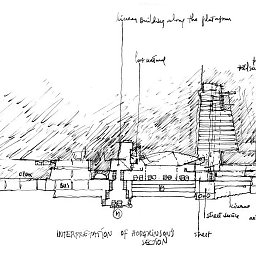 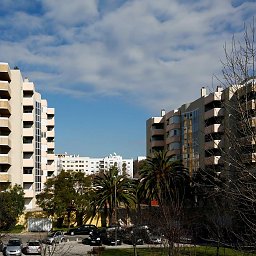