It was asked a solution for two auditoriums of different dimensions, in the city center of Caldas da Rainha, in a land in which urban integration and scale problems could be solved, by combining different existent morphologies.

Our aim was to purpose an emblematic building, creating a big covered square, in the lower level that covers the most used pedestrian street (reminding the old churchyards of religious buildings), a true public chamber of the buildind.

The smaller auditorium would be suspended as a wooden box , with a large open window above the houses and on the center of Caldas , corresponding this big window behind the stage , which could be closed with canvas or other screens according to the event .

The large auditorium would be embbeded on the ground to better integrate the volume of the web of the stage , becoming all access to scenarios and service by upper street.

Public spaces inside the interior hall, would match with double height ceilings and with great visual transparencies on the covered outdoor plaza. 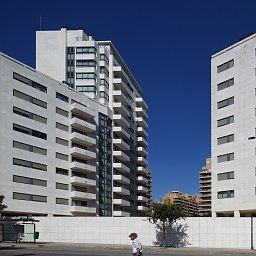 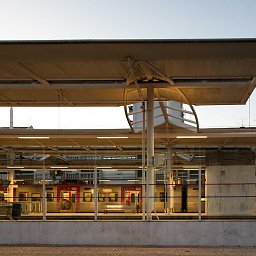