Residential condominium, consisting on three buildings oblique and parallel to each other, each of them composed by a lower body with 8 floors and a higher body with 14 floors.

The provision on the ground aimed to take advantage of the views of the Douro River and the sea, creating the basement level that connects the two bonded streets (Diogo Botelho Street and Padre José de Anchieta Street), garden areas and a swimming pool with their respective support.

On top of the North campus, was designed a garden that connects it to the Empire Square.

The existence of a gap between the two aforementioned streets, the foundation aside from Diogo Botelho Street, is a street front, where apart from the entries of the condo parking, some shops are implanted fitted that important artery that connects with the area of Foz, and gives the already consolidated urban context of the Catholic University, which is located across the street . 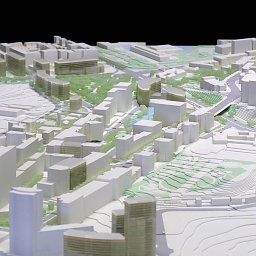 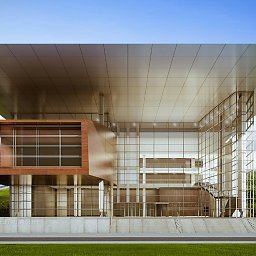